Starting a new post when you haven’t blogged for awhile is tricky so I”m just going to say, it’s been a long time and this poor blog has been very neglected! But hopefully now that I have a bit of spare time on my hands, at least, until I get another job I might get up to date with all of our trips and WA jaunts!!
So Kalgoorlie. What an interesting place and a good days drive from Perth. Now to be honest I was pleasantly surprised with the drive out there because for some naive reason I expected to see dry and dustry countryside as soon as we got a few 100kms from Perth. Not so friends, there’s lush green fields of farmland for most of the way. Cattle and sheep farms for as far as they eye can see. They did have some rain out that way awhile back so I guess that explains the green and I also figure that at some times of the year, it is very dry.

We only had a very quick overnight stop in town so my pics are just of the lovely old historic buildings and pubs which were all given makeovers and now house the shops in the main street.

I got the impression there are a lot of pubs! I also know there use to be a lot of brothels but I don’t think there’s many of them around now. I think there is one you can do a tour of and given more time I would have definitely gone and poked my nose in on that history!!

Kalgoorlie is actually known as Kalgoorlie-Boulder now because they joined the two little places together and we drove through Boulder and it had some nice buildings as well but we didn’t stop as we were on our way outta town with only enough time to stop at the Super Pit. And holy dooley, it is jaw droppingly amazing to see.

See those tiny trucks driving up and down, they haul 225 tonnes of rock each load.

Greg got a work call so I took this sneaky pic. He is standing in one of the grader bucket thingy’s!!

See amazing hey! Trivia I took from Wikipedia – apparently you cannot be a FIFO worker here at the Super Pit, you have to live in Kalgoorlie. And apparently it will be operational until 2029, so I”m guessing there’s still plenty of the sparkly stuff left in that dirt.! There was a lot of mines around the area so it must be still worthwhile.
Would I go back, yes definitely. It’s a long drive so not in a hurry! but I think there are some interesting historical things to see (and hear about, especially from the Madam at the brothel!!! heeehee).

One thought on “Road Trips – Kalgoorlie” 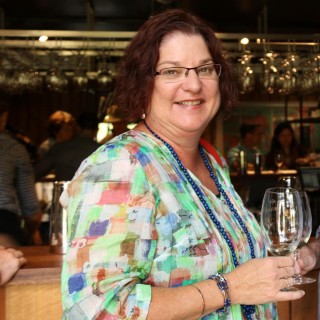